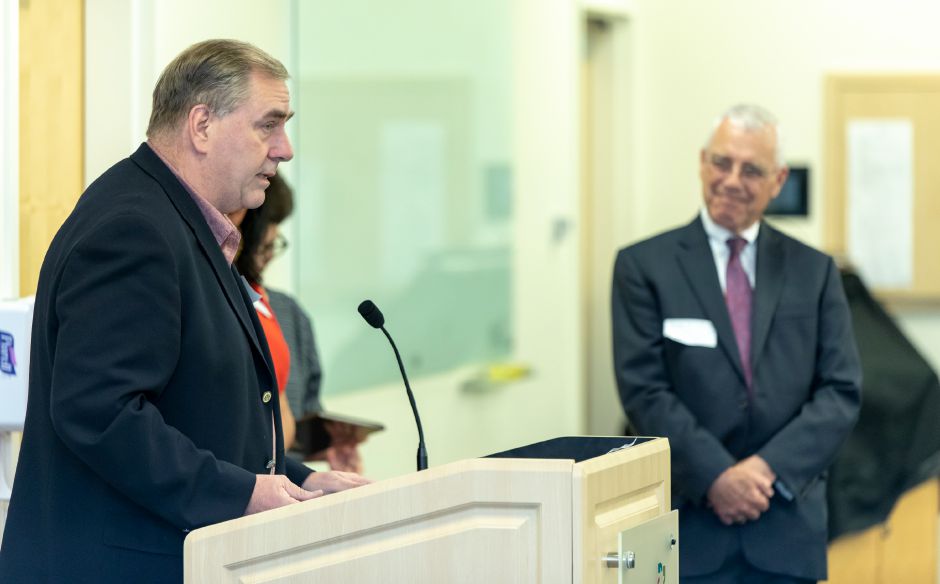 MERIDEN — When the aerospace and manufacturing industry proved especially favorable for Jonal Laboratories this year, owner Marc Nemeth made a second sizable donation to the United Way of Meriden and Wallingford.

At the nonprofit’s annual campaign awards ceremony Wednesday night, Executive Director Maria Harlow said she thought it was a beautiful gesture and called Nemeth to thank him for sharing the company’s good fortune.

The grants and programs the United Way provides wouldn’t be possible without the generosity of donors such as Jonal Laboratories, which was awarded a bronze level plaque for giving between $5,000 and $9,999.

Around 40 awards were given out during the ceremony at MidState Medical Center.

“Every one of you that’s here tonight knows about the impact that we have in the community, but you’re also responsible for that impact. So tonight we’re celebrating our collective success,” Harlow said.