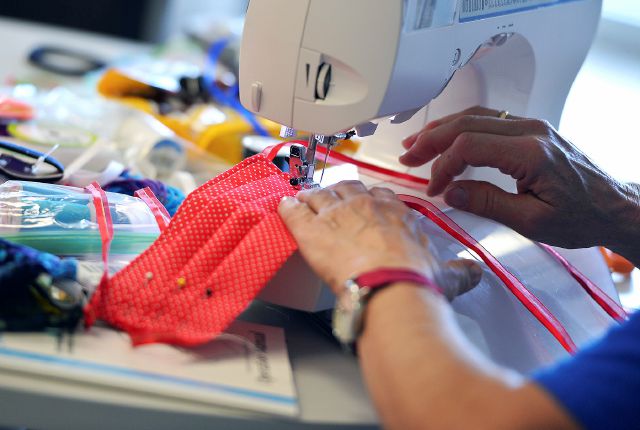 By Jessica Simms, Special to the Record-Journal

Julia Pelletier, a United Way intern, came up with the idea to get her agency involved after her grandmother began sewing masks on her own. “Sew United” recruits community members to make non-surgical masks.

“I found out my grandma was doing this for one of her local hospitals, but she was doing this by herself and I was like we can bring that up here,” Pelletier said.

At fist, Pelletier and others contacted community members. Soon, people began reaching out to the United Way, asking how they could participate.

“They’ll contact me or they’ll reach out to Julia about it,” said United Way associate director Diana Reilly.

Two hundred masks have been made in the first two weeks.

“During this time, we have to really look at our community for the love and support…,” Pelletier said. “I think it’s a great way for us to get together to help each other.”