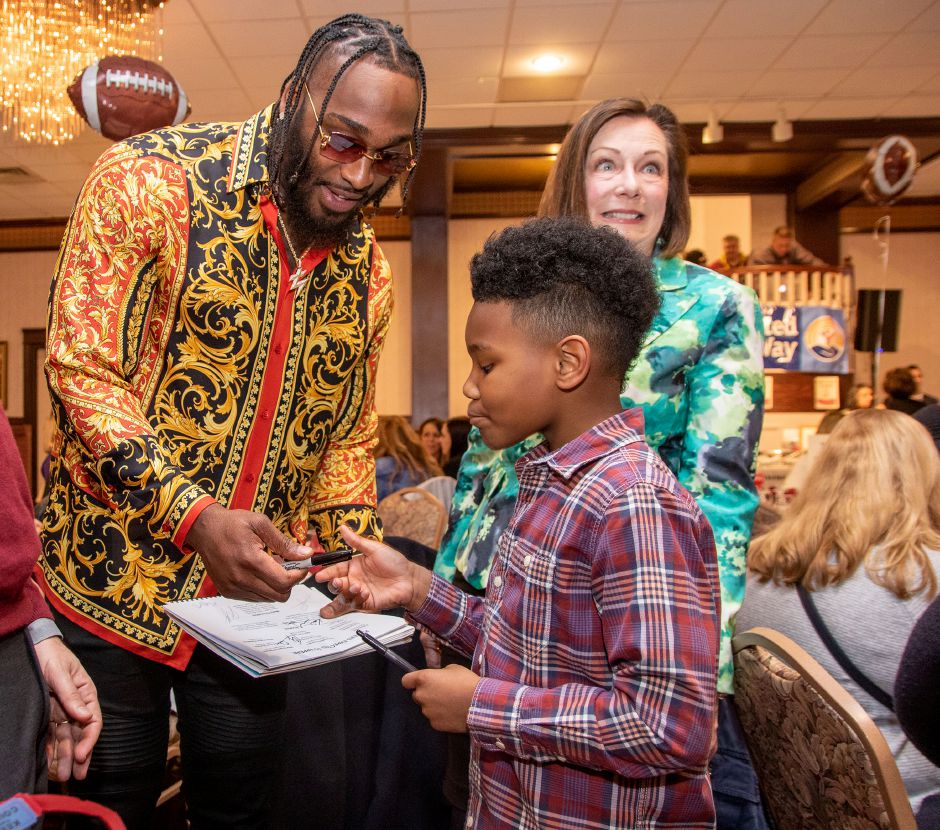 “You’re never too big to give back,” said Tuzar Skipper, an outside linebacker for the Pittsburgh Steelers who played football for two seasons at Maloney High School in Meriden. “These kids are the next generation to come up.”

What Skipper said gives us a taste of the spirit and excitement generated by the 2020 NFL Players’ Weekend, a fundraiser for the United Way of Meriden and Wallingford that has been running for the past 15 years, in partnership with JL Sports.

While it would be easy to take this event for granted when it comes around every year, that would be to ignore all the drive and effort it takes to put it on.

In addition to Friday night’s dinner and auction at Zandri’s Stillwood Inn, the youth clinic was held at Choate Rosemary Hall on Saturday afternoon and a “Bowl With The Pros” event Saturday evening at Wallingford Bowl capped the weekend.